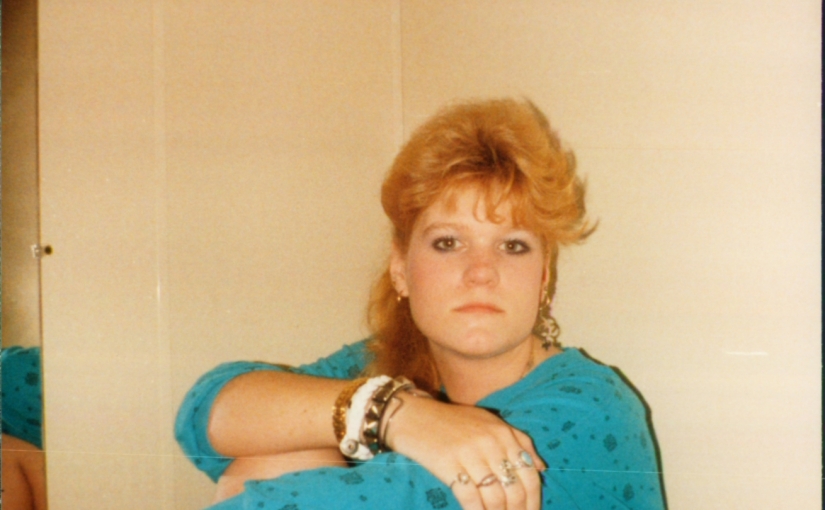 I last saw my birth father in 1994 at the age of 19 when I was getting ready to leave for college. Somehow my grandmother got in touch with him, mostly a mystery as to how, and invited him to come see me before I left. Memories of him for the most part are iconic, as if I quickly painted a portrait crystallizing the moment because I knew there would be so few.

He sat in my Gram’s rocking chair out on the enclosed porch of her Kendallwood house. It was one of my favorite homes and we shared it for eight months before I shipped off to Alabama for a southern style college life. He always wore one of those grey fidora hats with a fancy feather in the side to cover his bald head and this time a pair of boot leg jeans with his blaring red beard. He always said my mother was the cause of his baldness from the early days of beauty school, but I know better. We drove around in his gold dated Honda and he showed me how his police detector worked, illegal in California, but that was always part of his problem. He played Pink Floyd from the CD player and when he learned my appreciation for the old school, quickly gave it to me. It is the one and only possession he ever gave to me. He told me how proud he was of me and wanted to know all my big plans. He always spoke of his big changes, plans of stability, frequent phone calls and relationship.

It was AWKWARD. All awkward. My relationship with my mother was strained, yet as we drove by her neighborhood in town, I felt like I was betraying her and my Dad. My step-Dad–DAD- the person who had shown up for me during the worst of the unconsolable adolescent years. And I knew, despite wishing for real wishes and magic, this would be the end. The only thing that frequently changed in my father’s life was his address.

The years rock by along with years of therapy. During the end of my first round in college I recall my therapist suggesting seeking out my brothers who were last known to live in Texas. I suppose I was not ready and only did many years later. For us siblings, we are a reminder of him, our one and only vague link to each other and understandably, not the brightest of subjects to discuss. With a little energy, I found them and once again- the father.

You might imagine I attempted to find him through various ‘where are my people’ searches, but instead, I knew where to look. Arrest and conviction records often tell a succinct story and one can always hope that the gaps are the bright spots where he fell off the radars of law enforcement. The luck of living in a small town affords me the ability to ask for a first look help. But how do we openly invite that kind of shame into our lives? No one would fault me for a convicted felon father, but they would also just know. And just wonder. Hell, I couldn’t blame them, I certainly wonder how a man with an active drug addict and felony conviction a mile long (probably not much exaggeration there) have any part in the life of a successful therapist; much less partnered for 19 years with happy kid and no arrest record to speak of??!!!

I recall lining myself up along the pew of the jail. Literally, and I hope you can see the irony in the church pew as your place to sit as you await your fate at the jail. It was a visiting day and people came from all around to love their orange jump suited people through the heavy glass. There were creases in every inch of the officers uniform, but the people were sloppy and disheveled having honest reason to loose track of themselves while the orange people blared ugly in their lives. My blue sear sucker suit and red sude heels stood out. Clearly, I was not them and yet had my life been about chasing orange uniforms, me and the thick glass would have been best friends.

Apparently the officer supporting my ‘let’s conquer the daddy issues’ had read one too many of The Girl With the Dragon Tattoo books and as he began considering fishing around in the dregs of my life, he asked me what my purpose was. The dragon tattoo girl sought out her father to kill him. I think I was past that stage, but did have to giggle that my life could reflect a fiction thriller. And so the online pursuit began and eventually he popped up in jail….and then prison. Again. A petty theft led to more probation time and I very shamefully write that his love affair with the police was very short tempered and he allowed a dog to attack an officer. He went off to prison for that bullshit to complete his time and when I arrived at this knowledge, he had been released with no further probation and a last address.

I sent a card. I wanted him to know he may be lost, but I was not.

He had a successful daughter and grandchild. I couldn’t want anything from him.

But it was returned, floating between here and there for weeks.

And many more years collected dust on the relationship table of me and him.

Then, just this year during the cold dark days of January, the phone call came from a nurse named Esther. A little biblical and breath taking. I assumed she was Jesus’s messenger and delivering the news that he was gone and I was the only connection left, the glue that held what was left of my Gregory family. I was panicked and alone. My namesake, one that I have kept unchanged, was potentially further broken down while I waived in the wind of the Gregory name.

As I picked up the phone to call back, my hands shook in fear and anticipatory sadness. Was it just easier to keep him the iconic memory and could I withstand the change that was about to plop like wet poop into my lap? I just didn’t know……But my silent sister Glennon Melton (that gurl NEVER calls me) tells me that we can do hard things and I say that if the next step makes you squirm and uncomfortable- its likely the next right one.

So I called to hear the voice of Esther and learn of the news she had to share. Either way, the dust would rise and make noisy floating specks in the suns rays on our relationship table…………

One thought on “When Father Comes Around,Part I”